Our MD Dipak Bastakoti among recommended for the CEO at NTB 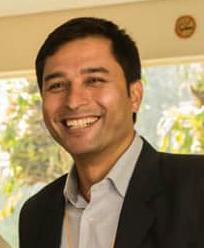 Our MD Dipak Bastakoti was proudly among three finalists recommended for the post by the CEO Selection committee formed by Nepal Tourism Board.

The NTB on December 4 had invited applications from candidates aged between 35 and 60 with a Master’s Degree from recognized universities for the post. Work experience of a minimum of 10 years in tourism sector was the other criterion.

After conducting presentation and interview by the committee that included experts panel, the committee forwarded three names to the Board for the post in which Dipak Bastakoti secured second position.

Although, he was not appointed for the post by the board, we are proud for this achievement of our MD, and wish for further  progress and commitment on serving Nepali tourism.

Dipak Bastakoti, born in small village of Gorkha has twenty two years of experience in tourism. He started his career as trekking porter back in 1997, and has continuously involved in the tourism industry in various capacities. He has been working as culture guide, owned a travel company from 2003-9, worked in Singapore as Tour executive for two years (2009-11), and leading the company DJ’s Tourism Services since 2011 that organizes tours and treks in the Nepal Himalayas under trek2himalayas.com.

Dipak received his M.Phil. in English with Dean’s List Award for his academic excellence in 2017 from Pokhara University. Earlier, he received Master of Business Studies (MBS) specializing International Marketing from Tribhuvan University with the thesis in Marketing of Nepal Tourism Board. He has an M.A. in English literature and have B.Ed. degree in English and Economics.